Let’s have a beer!

Czechs are universally known as a nation of beer lovers. Beer has been drunk in Bohemia since time immemorial and with love, so it’s no wonder that Czechs hold leading positions in per capita beer consumption rankings. In the Czech Republic beer is a phenomenon which has made its way into literature, music, film and visual art. Beer has simply become cultural heritage, an irreplaceable part of the Czech culture and society. The truth is that beer is not only a drink to quench thirst – for Czechs, consuming beer in a pub is a ritual connected with many pleasant circumstances. Beer drinking is a way of meeting one’s friends, neighbours, and colleagues.

Over a glass of beer in a pub, information is shared, important discussions are held, and,
without exaggeration, Czech history has often been made. To quote a classic line: “It would have been enough for the ceiling to collapse in a pub and the elite of the Czech nation would have disappeared from the face of the Earth in one fell swoop.” Every Czech pub offers beer delicacies with a glass of this golden beverage, such as brawn, pickled cheese, pickled sausages or beer cheese. Thus, sitting down with a glass of beer becomes not only a social affair but an dining experience as well. In short, pubs and beer houses are of irreplaceable
significance. They hold a centuries-long tradition in Czech culture and society and they still preserve and cherish their unmistakable atmosphere. 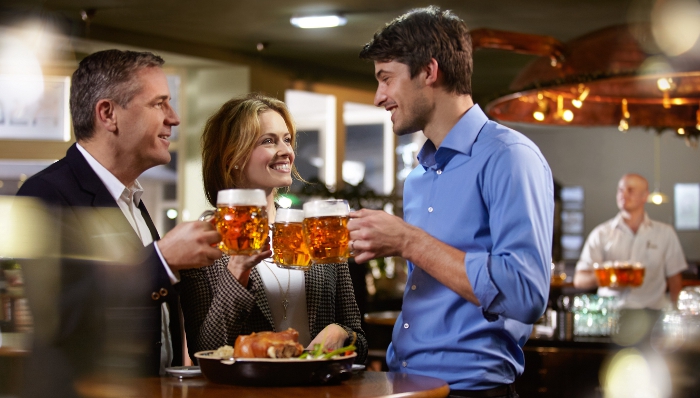