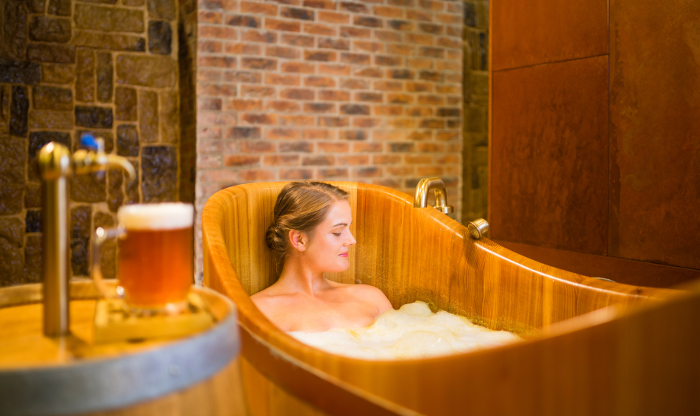 The ever growing popularity of beer spas evidences the fact that beer is a beverage full of a range of valuable nutrients that benefit the body, not only from the inside but from the outside as well. Not only beer lovers are happy to indulge in a hot beer spa, which can be of
great benefit to our skin thanks to the vitamin B, hops and malt extract contained in beer.

Our ancestors knew the bliss conveyed by the combination of a hot beer in a spa and a cold beer in a glass. However, the true boom came in the year 1997 when the Klosterbrauerei Neuzelle brewery in neighbouring Germany began to offer beer baths. The popularity of bathing in beer began to gradually rise until the first beer spa opened up in the Czech Republic in Chodová Planá, Western Bohemia in 2006.

The basis of every beer spa is a hot bath that everyone prepares according to their own recipe. Yet the main ingredients remain the same everywhere: beer, beer yeast and herb mixtures. The bath takes around thirty minutes and because of the rather high water temperature, which ranges between 34 and 38°C, it’s necessary to drink enough liquids. For this reason, a tap is fixed to the bath tub, where you can pull your own beer during the bath. The procedure should be followed by at least a twenty-minute rest. 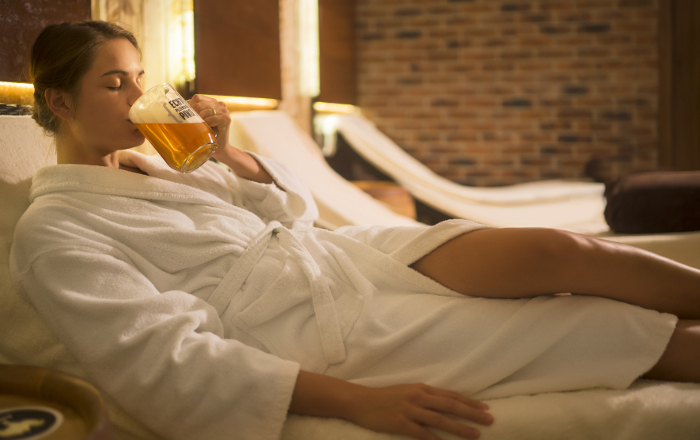