"I will have a large Pilsen, please!" ... We hear this sentence today and every day in pubs not only in Pilsen but everywhere in the Czech Republic. However, the city of Pilsen gave more to the world than just the light lager beer. All bottom fermented lagers – i.e. pils, pilsener, or pilsners, are named after the beer which is brewed in the city. If you go to the city which is less than an hour's drive from Prague, you should not miss a visit to the famous brewery. As far as the tourist attractions of Pilsen are concerned, there is of course much more to see but there is no point in denying that Pilsen is simply the capital city of beer ... and it is the best!

We will not tell you the stories about how the first batch of the Pilsen lager was brewed 176 years ago and who did it or how many hectolitres of beer the Pilsner Urquell Brewery produced last year. You will get this information from the guides in the brewery. What is waiting for you there beside the guided tours of the Pilsner Urquell and Gambrinus Brewery? As a brewery trainee you can go through all the areas of the brewery and try traditional crafts as a tapping master or a cellar master. You can then improve your beer tapping skills by attending the beer tapping course. The Brewery Museum, which introduces the production of beer since ancient times until today, is certainly worth a visit too.

More and more mini-breweries and their top fermented beers with higher percentage of alcohol are coming into fashion. Directly in the city centre just a few steps from the square you will find the Beer Factory – a brewery and a restaurant, where you can soak in the industrial atmosphere of its environment and enjoy various cuisines. The Raven Brewery located in Bolevec is named after the Krkavec Hill which you can climb from this part of Pilsen. After the return to the new Raven Pub choose from a wide range of beers which are especially of the American IPA style. If you like beer spa, definitely do not miss the Purkmistr Brewery. This brewery is located on the outskirts of Pilsen in the village of Cernice and it is the largest of the Pilsen's mini-breweries. Every year in September the brewery organises a festival of mini-breweries which is called Sun in the Glass. The brewery offers beer baths, massages and many types of relaxation procedures. This is called wellness the Pilsen style!

For delicious beers you can also go to the surroundings of Pilsen. In Dobrany you can start in the Blue Star Brewery, in the south of Pilsen in Chocenice do not forget to visit the Zhurek Brewery and when you go back through Stahlavy visit the brewery and cider house called Radous which serves both beer and fresh ciders.  There are many occasions for trips to the small breweries around the city of Pilsen, it is enough just to get one abstinent behind the steering wheel and you can go! 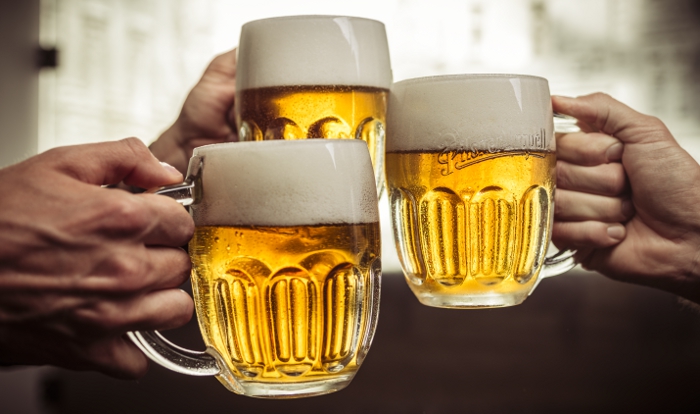