Pilsen is a city with an unusually large number of rural conservation areas and zones. As the city grew, it gradually engulfed the small villages around its perimeter. Typically, they maintained their historical core – most commonly with a chapel and farmhouse-style folk architecture containing elaborate decorations, shields and entrance gates. In Pilsen, there are three rural reserves (Božkov, Koterov, Černice) and seven rural monument zones. 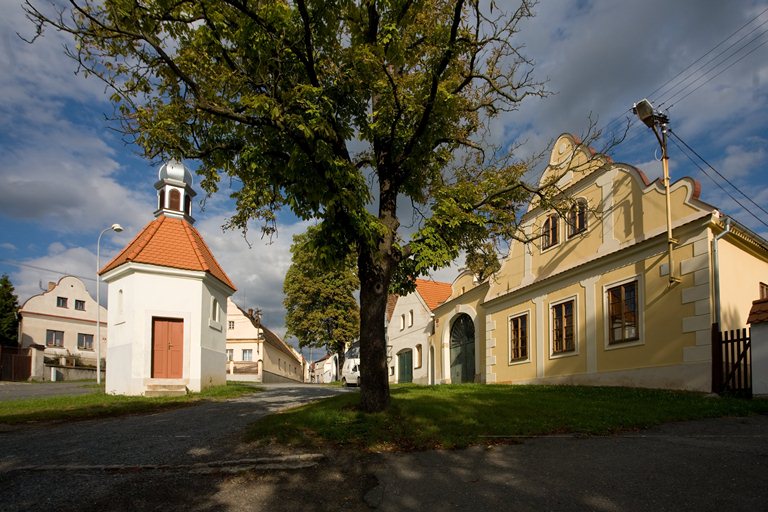 A collection of folk Baroque and Neoclassical structures. There are remnants of the Renaissance from the 16th century (nos. 21, 22).

A collection of brick Pilsen folk architecture, farmhouses with triangular gables and arched entrances – from the first half of the 19th century, also including folk Baroque and Neoclassical.

Empire folk structures from the first half of the 19th century, including a Baroque Calvary from 1742.